Note: Louisiana Young Readers Choice recently announced (March 1, 2011) that children in grades 3-5 statewide voted Two Bobbies as its number one favorite book for 2011.
Two Bobbies: A True Story of Hurricane Katrina, Friendship, and Survival--this story touched my heart profoundly, beginning with the cover illustration and the title. But then I know the story of Katrina and its devastation. I know that animals were left behind, not out of indifference or neglect, but out of necessity. Who knew that people wouldn't be returning to their homes any time soon or, in some cases, never? That means animals essentially, through no one's fault, were abandoned. Artist Jean Cassels captures the essence of devotion behind this oh-so-poignant story: dog looking at cat with closed eyes. A flooded street is depicted in the background. These two were "abandoned." But there is much more to this story.

Typically, when I write reviews of children's books, I test the book on at least one group of students in my school library. I am the librarian. This time the book arrived in a box of books via Fed Ex after school closed, so I am the testee. Frankly, I was moved to tears by this story. Much of it is speculation. How could Kirby Larson and Mary Nethery know exactly what Cat and Dog did during their journey to the animal shelter? But the two animals had to have a history together, so the two writers imagined one.

Young cat, young dog, both bob-tailed, perhaps were taken in together by their owner as two of a kind. Perhaps the dog was chained when the floods came, when the owners left, thinking they would return soon. Perhaps these owners left enough food for a few days. When days turned into weeks, apparently Dog broke his chain and he and Cat took off together. Perhaps they came across other strays, big and vicious. Perhaps they starved a bit (when they were finally taken in, their ribs were showing).

Whatever their scenario, they survived together for several months after the hurricane and before the next set of humans adopted them. The two companions, Dog and Cat, finally found a work site where a worker was keeping his dog. These two had a place and sure food--finally--for just one week. That's when the boss man said the two had to go.

They were taken to one of the animal shelters that spring up when animals need taking in. This is the place where an amazing discovery was made. When Cat and Dog were separated by race, Dog howled and barked and carried on until Cat was put in his cage with him. Finally, a human made the discovery that Cat was blind and Dog was his seeing-eye dog!

Now look again at the cover. Go back through the book and regard each illustration again. Cassels shows the viewer/reader this little tidbit--the cat's blindness, the dog's solicitude--in each illustration, but subtly.

The story does have a happy ending. The two are adopted together. This part of the story is also precious.

Bobbie (the Dog) and Bob Cat survived the storm, the flooding, and hardships lasting months. Their friendship and their survival are doubly special because of their unique situation and circumstances. Because of the merger of wonderful illustrations and a sensitively rendered story, this book is highly recommended!

Dear Judy,
Thank you for your wonderful, perfectly written review of Two Bobbies and for you generous praise of my illustrations.

Mary and Kirby wrote the Two Bobs' story so beautifully. It is a story that brings tears but it ends with warmth and happiness.
Thank you Judy!
All the very best,
Jean

Jean,
It was completely my pleasure! This is a wonderful book and deserves all due praise!! 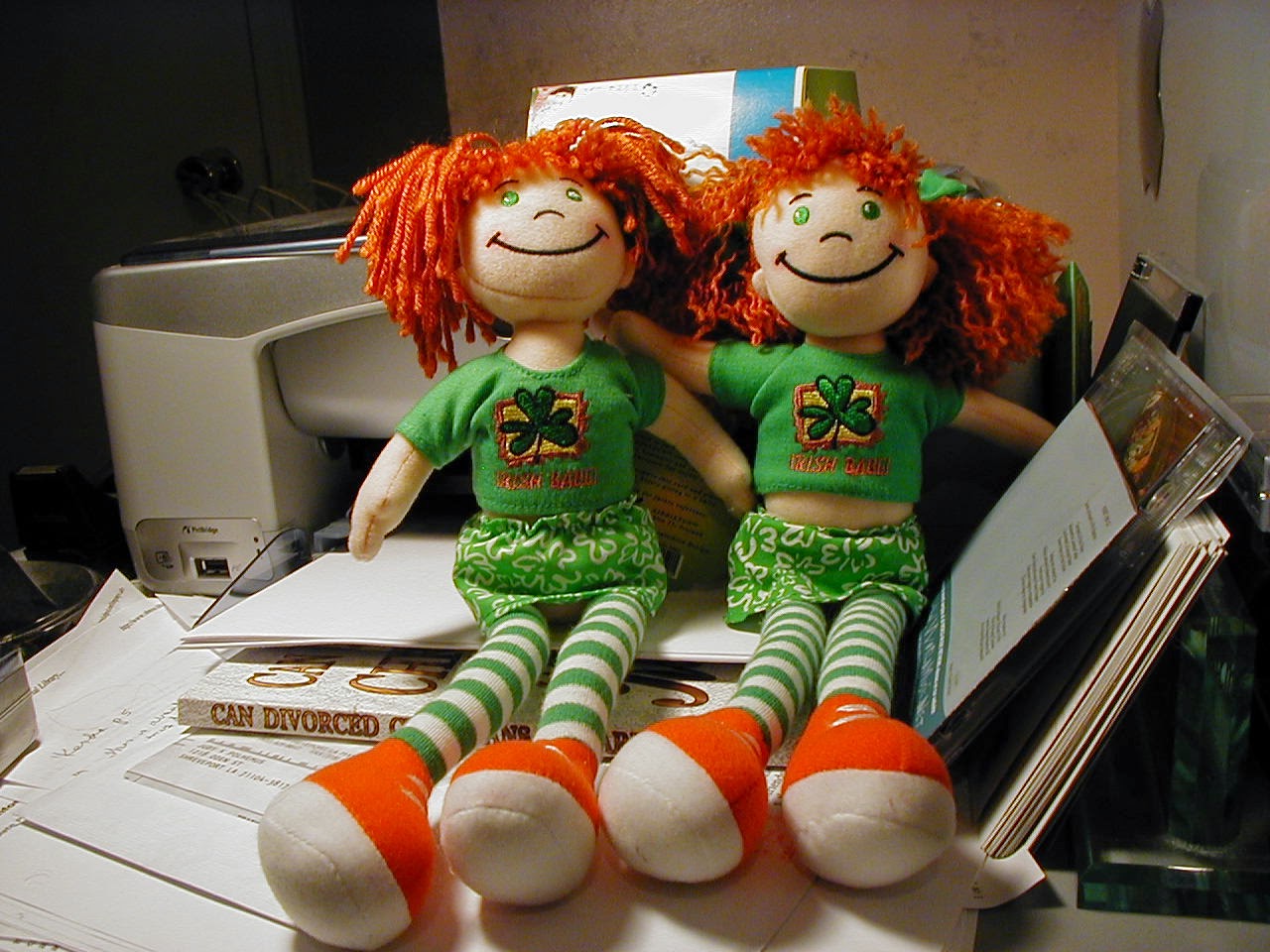 These are my two girls from Ireland!

A semester course in one book about the Soviet Union. Click on image for my review.

Working at the library,

I always wanted to  be a public librarian. A few years back I worked a second job in the evenings at my local branch library. That lasted th...

Reading the Alphabet: Classics, Near Classics and Other Books (Note: Change is coming!)

Does opening a box of books, or even one book, or a bag of books bring a secret little thrill? Do you love the feel of a book in your hands and the smell of print wafting about your head?
Do you immediately connect with the words on the page when you finally get comfortable with your new book? Then you're in the right place! I'm addicted, too!